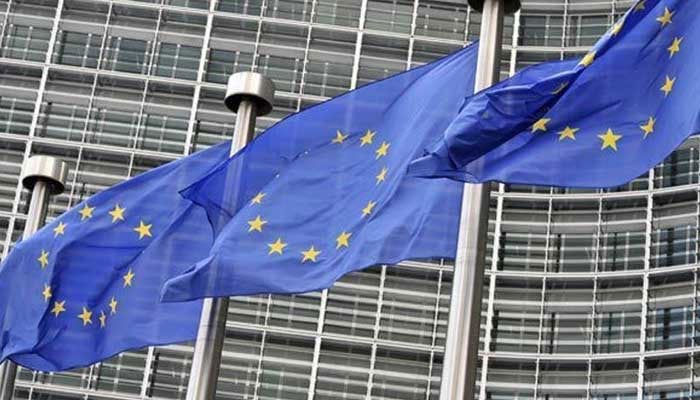 Ambassador of the European Union Dr Riina Kionka has called for effective implementation of the 27 labour and human rights conventions as Pakistan’s current GSP plus status would be reviewed in December 2023.

The ambassador said that more labour and human rights conventions would be added for implementation. Dr Kionka visited a number of garments’ manufacturing units along with Pakistan Readymade Garments Manufacturers & Exporters Association (PRGMEA) executive committee members and others.

She appreciated their performance and called for product diversity and more value-addition to exploit the full potential of market access to the countries under the present regime of the GSP plus.

Later in a meeting, both sides discussed in detail the role of the small and medium enterprises in economic growth, technical education, skills development, EU support for Pakistan in TVET sector and promotion of women skilled force.

PRGMEA and the EU agreed to work on women entrepreneurship, better labour laws and the promotion of SME sector along with other projects.

The ambassador discussed various ideas for providing support to the SME sector, with a focus on creating linkages within the EU to open new markets for the products.

Dr Kionka said that the EU was the biggest export market for Pakistani goods, as it accounts for about one-third of all Pakistani exports. She said the EU can assist Pakistan to expand its exports and uplift its industry through collaboration with PRGMEA.

The ambassador appreciated the role of PRGMEA in boosting industrial activities in the region and added that her embassy would be in touch to increase the bilateral ties.

PRGMEA Central Chairman Mubashar Naseer Butt and Zonal Chairman Waseem Akhtar Khan said that Pakistan attaches great importance to its partnership with EU as one of the largest trading partners.

Butt said that GSP plus has increased EU-Pakistan bilateral trade; valued at €12.2 billion 2021 as compared to €6.9 billion, representing an increase of 78%.

“The scheme has a positive synergy with government’s social agenda. As a result of improved market access, Compound Annual Growth Rate (CAGR) for Pakistan’s exports to EU increased to 7% in the post-GSP plus period as compared to 4% in the 5 years preceding GSP,” he added.

PRGMEA zonal chairman said that the tariff-free access to the largest market for textile and apparel under the GSP plus status provided a solid platform and incentive structure to drive further reforms in the industry and the country.

“In the same way, the benefits to EU are reliable, cost-competitive supply of textiles to EU businesses and consumers and a sustainable, ethical and increasingly traceable textile value chain. EU-Pakistan GSP plus relationship has the power to transform Pakistan’s economy and society while delivering on EU goals,” he added.

Butt said that Pakistan’s textile and apparel industry was the backbone of the economy, constituting 8.5% of GDP, 40% of the industrial labour force and more than 60% of the country’s exports, while its manufacturing share was 46%.

The export of readymade garments exhibited an increase of 28.75 percent to $3.9 billion during fiscal year 2021-2022 compared with $3.03 billion in the preceding fiscal year. The value-added Garments sector was the major tax payer and largest employment generator in the whole textile chain.