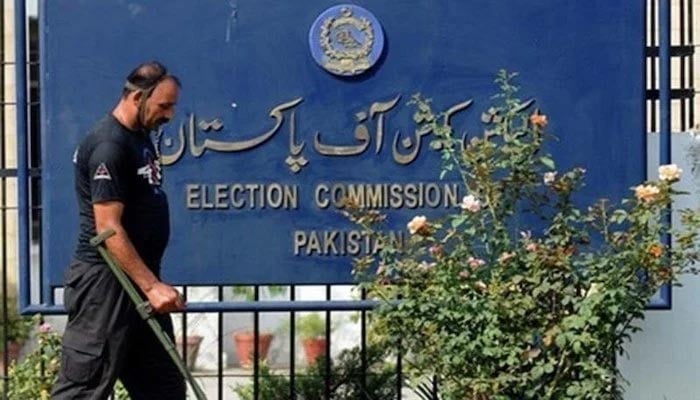 ISLAMABAD: The Election Commission of Pakistan (ECP) said that the case pertaining to the local government elections in Karachi Division will be heard on November 9 to decide a date for the polls, The News reported.

The decision was taken in a meeting presided over by Chief Election Commissioner Sikandar Sultan Raja on Thursday which was also attended by the members of the electoral body, its secretary and the special secretary.

During the meeting, the forum decided to issue notices to the home secretary, chief secretary and inspector-general of police (IGP) Sindh for the hearing.

Moreover, representatives from the JI, PTI, PPP and MQM-P will also be called to present their stance, so that the date for holding the local bodies elections in all the districts of Karachi could be decided after hearing all the stakeholders.

The ECP was briefed on the report of the provincial government on holding local bodies elections in Karachi, in which it said that the police force is insufficient to conduct the polls and it is not possible to call forces from other districts of Sindh. It was also pointed out that additional police personnel have been dispatched to Islamabad at the request of the Interior Ministry. Apart from this, their deployment in the COVID-19 vaccination drive and international defence exhibition/seminar was necessary. Therefore, it was impossible to hold the local bodies elections peacefully in Karachi.

The meeting was informed that the director general, Export Promotion Organisation, had written a letter to the Ministry of Defence that the international defence exhibition/seminar was being held at the Karachi Expo Centre from November 15-18. A copy of the letter has been shared with the Election Commission of Pakistan as well.

The director general has informed the Ministry of Defence that it will be difficult for the law enforcement agencies to provide security for both the events ie the defence exhibition/seminar and local bodies elections in Karachi, simultaneously. Therefore, the Election Commission should also take into account the situation while deciding the date of the election.

During Thursday’s meeting, the ECP secretary briefed on the progress made by the commission on electronic voting machines (EVMs)/overseas voting. The election commissioner expressed satisfaction with the steps taken by the project management unit (PMU) so far. He directed the officials to ensure transparency in the project and write to the federal government and the Ministry of Finance to provide funds so that further progress could be made on the project.

The Election Commission had formed the PMU unit last year, which is working on the project/system and keeps the commission informed about its suggestions and progress. The head of the unit also informed the commission about the financial bid of the election management system (EMS), including testing, training and piloting.

The CEC termed these initiatives important, saying that it was very important to take care of the sanctity of the vote, secrecy and credibility of the election. “It is also the responsibility of the Election Commission to take into account the convenience and trust of all stakeholders,” he emphasised.