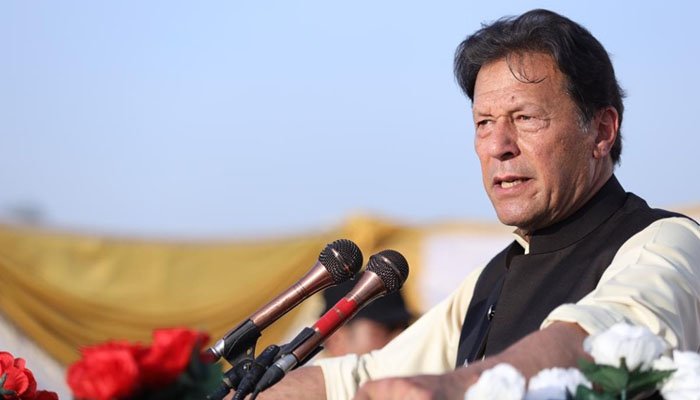 The Election Commission of Pakistan (ECP) Thursday imposed a fine of Rs50,000 on PTI Chairman Imran Khan and other party leaders, including the Khyber Pakhtunkhwa chief minister, for violating the code of conduct of the upcoming by-polls, Geo News reported.

As per the ECP, PTI leaders, including party chair Imran Khan and KP CM Mehmood Khan attended a rally in Peshawar and used state resources ahead of the by-polls.

Following the violation, District Monitoring Officer (DMO), Peshawar, Shahabuddin, had served notices to the PTI chair, KP CM and others and sought an explanation.

According to The News, the counsels for Imran Khan, Mehmood Khan, and cabinet members appeared before the DMO and submitted written replies.

An official of the ECP said the DMO, while terming the reply not satisfactory, imposed a fine of Rs50,000 each on Imran Khan, Mehmood Khan, provincial cabinet members Taimur Saleem Jhagra, Ishtiaq Urmar, Shaukat Yousufzai, Kamran Bangash, Anwar Zeb, Muhammad Iqbal, Khaliqur Rehman and Wazir Zada. They were directed to deposit the fine to the state exchequer by September 18.

The ECP also sent letters to the KP governor and chief minister, asking them not to violate the code of conduct for the by-polls during a rally of Imran Khan scheduled to be held in Charsadda on September 17.