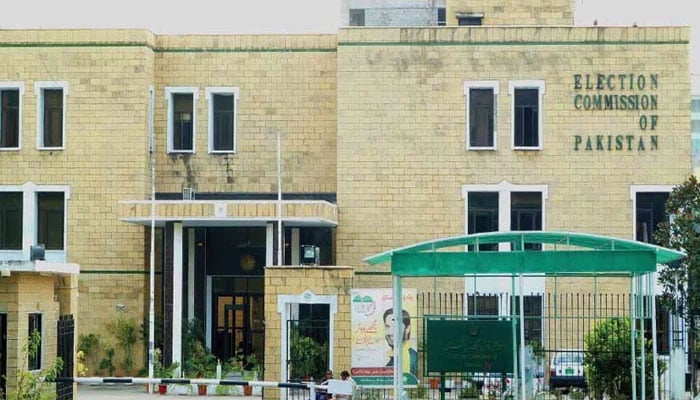 ISLAMABAD: The Election Commission of Pakistan (ECP) on Monday released its detailed verdict in the Toshakhana reference that led to the disqualification of PTI Chairman Imran Khan.

The detailed order, which has the signatures of all five members of the bench, was issued today after the former premier approached the Islamabad High Court against the electoral body.

On Friday, the electoral body disqualified Imran Khan under Article 63(1)(p) for making “false statements and incorrect declaration” regarding the Toshakhana gifts.

The commission, in its judgment, stated that the PTI chief is no more a member of the National Assembly and deemed his response “not correct”.

The detailed order comes after PTI had raised objections over the delay in its release.

The 36-page order released noted that the petitioners submitted that the respondent did not disclose gifts and precious items which he acquired from foreign countries in the statement of assets and liabilities filed before the ECP from the year 2017-2021.

“He added that the list attached with the reference clearly shows the nature of gift items which included flower vases, watches, cufflinks, and decoration pieces, and rules 6(i) can be retained if the price of the item is less than Rs30,000/- and where the valued amount is more than Rs30,000 can be retained subject to deposit of 50% of the value amount of gift received.

“He added that the Election Commission of Pakistan is the proper forum and has jurisdiction to decide the matter,” the detailed verdict read.

It was also mentioned that it was the obligation of the respondent to declare complete details of assets whether in the shape of gifts or amounts including the transfer of any assets to any during the financial year in the annual statement of assets and liabilities along with details and its cost value in a column in column number 2 and 3 of Form-B (remarks).

“The commission has the jurisdiction to inquire into any matter or objection raised by any person including a reference from Speaker against any member of the Parliament or an assembly regarding concealment, false or misdeclaration in the statement of assets and liabilities after 120 days,” the verdict read.

The document mentioned that the disqualification of the members may be made under any law for the time being in force.

“In the instant case Elections Act, 2017 is the relevant law, and the violation or non-compliance or misdeclaration made by any Member of Majlis-e-Shoora (Parliament) comes under the ambit of disqualification and the commission has the jurisdiction to adjudicate upon the question of disqualification on any of the grounds mentioned in Article 63(1).

“The commission is also competent to direct filling of a criminal complaint under Section 190 for violation of sections 137,167 and Section 173 of the Elections Act, 2017 which is a criminal liability while misdeclaration, false declaration, and concealment of assets also bear civil liabilities,” it read.