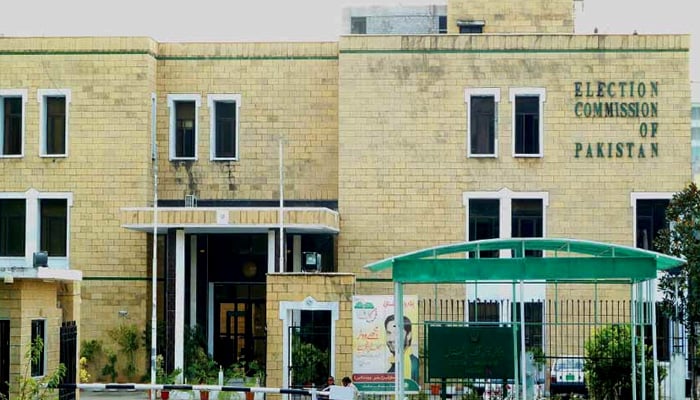 ISLAMABAD: The Election Commission of Pakistan (ECP) Monday said that an election will be held for the dissolved assembly only, dispelling the perception created by PTI that snap polls will be held if Punjab and Khyber Pakhtunkhwa assemblies are dissolved.

The clarification from ECP came after former prime minister Imran Khan’s announcement last week that PTI will quit all assemblies to pave the way for an early election.

Delivering his speech at a public meeting while sitting in a chair on Murree Road, Imran told a big gathering of his party supporters on Saturday that he had already talked to his chief ministers and would hold meetings with the PTI parliamentary parties to quit the assemblies.

“Instead of destruction and ransacking, we have decided to quit the assemblies and come out of the corrupt system, wherein the powerful and billionaires get their cases written off and the poor rot in jail. I ask those who give them NROs, don’t they have fear of Allah, as they keep on doing such a great injustice,” he added.

The announcement from the PTI chief surprised his rivals who are now mulling plans to thwart his strategy of dissolving KP and Punjab assemblies where his party is ruling.

In a statement Monday, an ECP spokesperson said that the Election Commission is bound to hold elections in 60 days in case a seat falls vacant.

The official said that an election on a National Assembly seat costs Rs80 to 100 million while the estimated expenditure of an election on the provincial assembly is Rs60 to 70 million.

“In case of dissolution of an assembly, elections will be held only for the respective assembly,” the spokesperson said.