Don’t push me to wall, I will expose your faces to nation, warns Imran 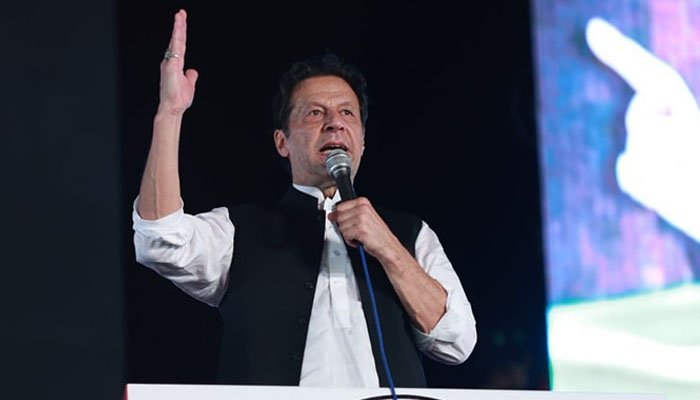 PTI chairman Imran Khan on Thursday warned the rivals for pushing him against the wall, saying “don’t push me to the wall otherwise I will expose all those faces to the nation who have put the country in trouble for their interest,” Geo News reported.

While addressing a public gathering in Sargodha, former prime minister and PTI chairman Imran Khan said, “I have been tolerating all this for the last four months, therefore the more you try to intimidate me, the more I will fight.”

The former prime minister further warned that PTI can shut down Islamabad, whenever he wants.

“Nation is standing with me, from Gilgit Baltistan to Punjab, therefore I can shut down Islambad but because of economy I am not doing it,” said Imran Khan

Lambasting the incumbent government, the PTI chairman said that come what may, he would never accept these thieves.

Responding to Imran Khan’s speech, PML-N senior leader Shahid Khaqan Abbasi said, “what Imran Khan has been waiting for, it’s better to expose the names as the nation wants to know.

Shahid Khaqan Abbasi said now the nation will push Imran to the wall for telling lies.