Dollar may surpass all time-high of Rs240 next week 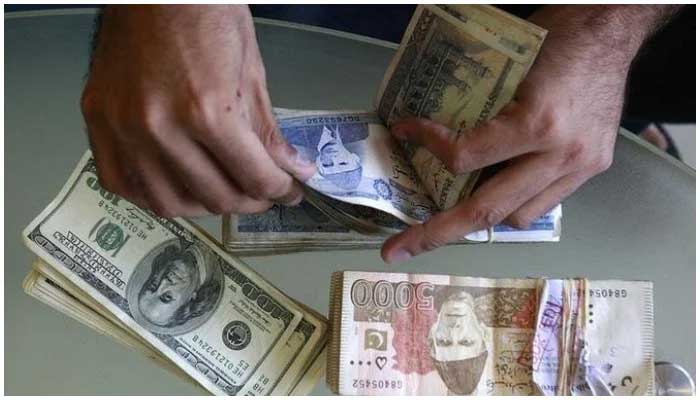 KARACHI: In view of a strong demand for dollars and drying reserves of the greenback in the country, analysts predict that the local unit is expected to continue its downward spiral unabated during the next week.

The dollar, which is trending upwards globally, settled at Rs236.84 at the end of trading on Friday compared to Rs228.18, the closing price of the last week, The News reported.

The rupee’s weekly losses clocked in at Rs8.66 versus the greenback.

The Pakistani currency remained depressed during the whole week and lost its value in every trading session. It was mainly owing to growing payment pressure as well as a strengthening dollar in the global market against other currencies.

Analysts said the floods bleakened the country’s economic outlook after devastating the agriculture sector, piling pressure on the overall economic indicators of the country.

The estimates suggest the textile industry has to import billions of rupees worth of cotton this year for producing textile goods.

As imports are more than exports, banks are offering premium (or higher than market rate) to exporters, and this is only going to strengthen the dollar down the line.

At the current rate, analysts believe the dollar may surpass the all-time high of Rs240 in a few days.

Samiullah Tariq, Head of Research at Pak-Kuwait Investment Company, said the market experienced the liquidity crunch as the dollars were in short supply compared to its demand.

“The import payments kept the rupee under pressure during the whole week,” he said.

He added that the dollar indexation also had a role in its appreciation against the local market.

“The rupee is likely to continue to struggle until import payments ease and Pakistan receives dollar inflows.”

He said there were reports that funds were coming from Asian Development Bank (ADB) and another multilateral institution, but not before next month.

“If any commitment from any external institution or friendly country materialises in the next week, the rupee may recover some losses, otherwise the free fall is likely to continue.”

He noted there were chances that dollar appreciation might slow down next week if it crosses Rs239.94, the highest since July 2022.