Crisis is a true test of character 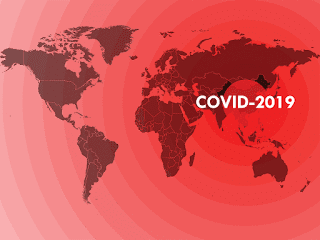 Crisis is a true test of character.
The pandemic is shedding light on the preparedness of countries.
The ongoing crisis is testing the resilience of people and communities worldwide. Everyday we are reading about the rising number of confirmed cases. The pandemic is shedding light on the preparedness of countries, the abilities of political leaders to manage the crisis, the readiness and awareness among people to help contain the spread. No one is immune to this virus that is now present in 184 countries.
Capitalist economies are suffering as much as the socialist ones. All sorts of distinctions in political systems are getting blurred, it doesn’t matter if a country is a republic, democratic, or follows a different style of leadership. All that matters right now is how swiftly governments are thinking and implementing measures to protect its people.
We are seeing a lot of governments abandoning their people in this time of crisis. Citizens are stuck outside their home countries, and there is no way for them to return. Their countries have shut doors, enforced strict measures of lockdown. Then there are other countries that are following a more humane approach.
The government in the UAE, for instance, allowed its citizens to return. In fact the leadership also extended support to other nationals, who needed help. A lot of them were evacuated from foreign countries and allowed to stay in the UAE. The country provided them shelter, medical assistance and help.
The leadership in the UAE also understands the need or longing of some in the expatriate community who might wish to spend their time in their home countries during the period of isolation. They are allowed to go, if governments in their home countries allow them to come.
Comparatively there are governments that have been sending unclear messages to their citizens. Some of them requested their citizens to stay wherever they are. People stranded abroad were promised help through local consulates and embassies, but nothing concrete happened on that front. People have been filing forms after forms in a faint hope of returning home, being with their loved ones, but they are unable to. Airports remain shut and there is no word on when things would look better.
There are inconsistencies in what is being said and what is being delivered on the ground.
On the other hand, we have some European governments that are leading by principles. The continent has been hit hard and emerged as the second epicenter for the virus, but that did not discourage them from checking on their diaspora elsewhere. They are still committed to the international system and are willing to work together to open up the world again and fight against Covid-19, which has emerged as a common threat to humanity. In Europe, they are providing treatment to everyone in need. There is still an exchange of the surplus medical and food supplies.
These are trying times, and also an opportunity to know leadership styles. Crisis is a true test of character, and governance models too.