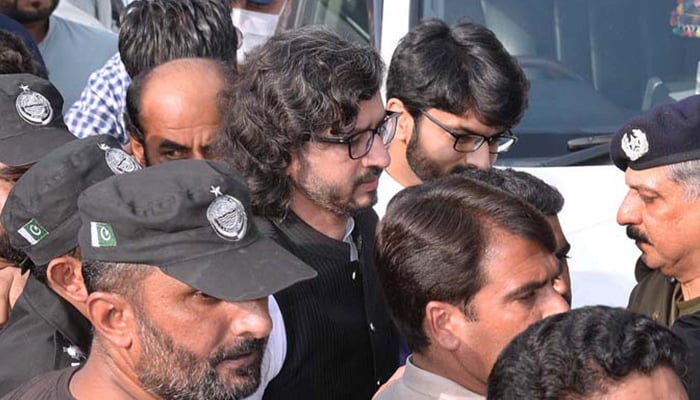 ACE presented Mazari before the judicial magistrate’s court after the expiry of his two-day physical remand granted last Sunday.

The anti-corruption establishment had Saturday arrested the former deputy speaker of the provincial assembly in an alleged land encroachment case.

During today’s hearing, the ACE demanded further remand of the member of the Punjab Assembly (MPA), while Mazari’s lawyer argued against the request.

“The ACE needed the remand to secure the land’s documents. All the records pertaining to the land are available in official records,” the lawyer of Mazari told the court.

He claimed that Mazari was being targeted in a political case. “The Punjab government is using institutions for political vengeance. The physical remand cannot be granted just because the prosecution wishes for it.”

However, the court did not approve the lawyer’s request as it sent Mazari on remand for two days further while the court also asked ACE to submit the investigation report.

Mazari’s lawyer wasn’t the only one that blamed the Punjab government for using institutions. Last week, the Lahore High Court (LHC) called out ACE Punjab for becoming a “political tool” for its recent actions against Interior Minister Rana Sanaullah.

The remarks were passed by the LHC’s Rawalpindi bench when it heard the case filed by the minister against his arrest warrants issued by ACE Punjab.

“Your institution has become a political tool,” the court told the Director-General of ACE Punjab Nadeem Sarwar, who was also present during the hearing.

“One [DG] comes and forms a case, another (DG) comes and finishes that case,” observed the court. It also slammed the official for obtaining Sanaullah’s arrest warrants by making a false statement.