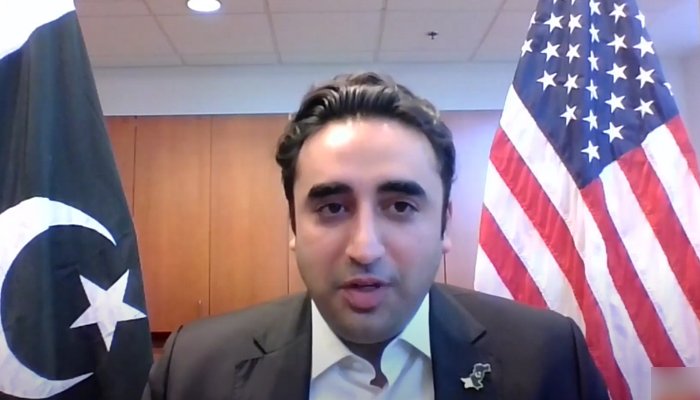 Pakistan seeks to further bolster its relationship with the US in the future, said the foreign minister while speaking to Foreign Policy’s editor-in-chief in Washington.

Commenting on the flood victims, Bilawal said steps are being taken to rehabilitate them. Widespread flash floods have caused huge devastation in Pakistan, said the minister, hoping the international community will support the country at this critical time.

More than 33 million people were affected by the floods, the foreign minister said, adding that the flood-caused epidemic diseases had exacerbated the difficulties of the victims.

Reacting to US Secretary of State Antony Blinken’s remarks regarding seeking debt relief from China, Bilawal said its all-weather-friendly country, China, has always helped Pakistan in difficult times. Pakistan’s relations with China are multi-faceted, he said.

He said Islamabad has played the role of a bridge to bring China and the US closer. Unless the two countries work together, it will be difficult to cope with the ravages of climate change, he pointed out.

Blinken had said, “I also urged our colleagues to engage China on some of the important issues of debt relief and restructuring so that Pakistan can more quickly recover from the floods.”

Replying to another question regarding the appointment of the next army chief, Bilawal said the Prime Minister of Pakistan has the authority to appoint an army chief. He also said all institutions in Pakistan are independent.

Responding to another query, Bilawal said India did not offer us any help in connection with flood relief, nor does Pakistan expect it. However, Islamabad seeks constructive relations with its neighbours, he said.

He also said Pakistan wanted a peaceful Afghanistan as the neighbouring countries have suffered from the war in Afghanistan.

Replying to a query, Bilawal said democracy is better than military dictatorship in any form. “We believe in democratic traditions. And, we will not support undemocratic measures,” he said.

A democratically-elected government believes in the freedom of the media, he noted.