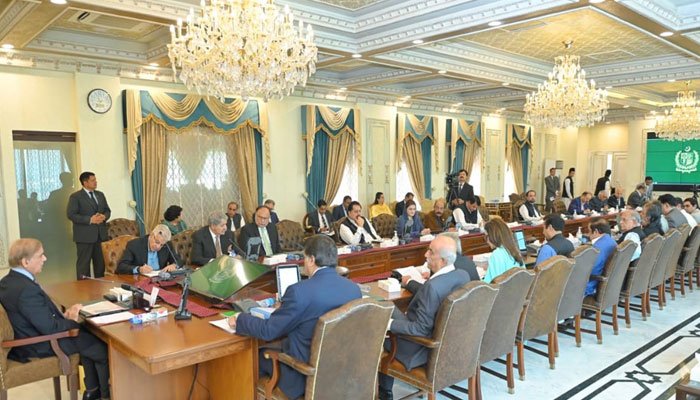 ISLAMABAD: The federal cabinet approved a supplementary grant worth Rs410 million for the Interior Ministry to secure Islamabad ahead of the PTI’s potential long march and sit-in and to maintain law and order during the impending protest.

Prime Minister Shehbaz Sharif chaired a meeting of the federal cabinet on Tuesday. The federal interior minister briefed the meeting about the government’s measures to uphold the law and order situation in the federal capital during the PTI’s protest.

As Imran Khan is on the verge of announcing the protest movement against the government, the cabinet discussed ways to contain the escalating political confrontation in the country. The interior ministry has already amassed shipping containers to secure vital spots in the federal capital. Thousands of law-enforcers from police, paratroopers and the FC have arrived from around the country to ward off the PTI’s supporters from entering Islamabad.

The funds will be used to purchase teargas shells, mobilise law-enforcers and provide shipping containers.

The members discussed several other critical political issues, including the alleged cypher conspiracy and the ongoing probe into audio leaks.

The federal cabinet also approved an energy conservation plan during the meeting.