Bilawal says have plans to marry 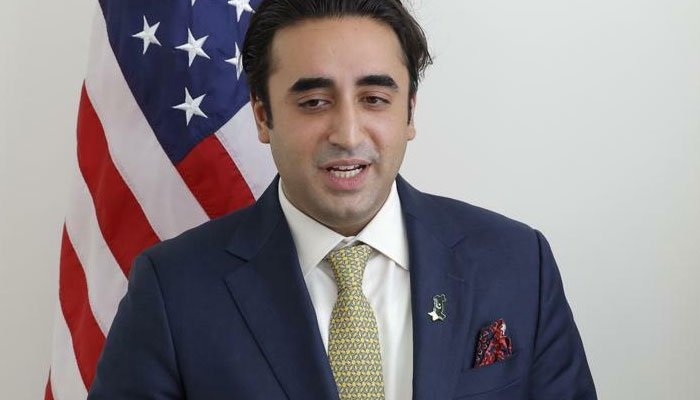 Being single at the age of 33, Pakistan Foreign Minister Bilawal Bhutto-Zardari evokes curiosity in a lot of Pakistanis about his plans to tie the nuptial knot.

Bilawal faced the same question on the sidelines of the United Nations General Assembly’s 77th session. In a video shared by the Arab News on Twitter, a journalist was heard asking the FM, “There are my Pakistani friends asking if you have any plans to marry.”

The foreign minister said smilingly, “Of course, I have plans to marry.” However, he stopped short of disclosing anything on the issue.

The journalist again questioned, “When?” But the young minister had no time to answer it and he moved away along with the Pakistani delegation.

Manzoor Wassain had said in December 2019 that Bilawal is going to tie the knot in 2023 after he becomes the Prime  Minister of Pakistan.

Earlier, Bilawal, speaking to Arab News, called on the Muslim world to address the issue relating to the plight of women in Afghanistan under the Taliban.

Bilawal said that it is yet to be seen if “the interim Afghan regime” will keep its initial promise that girls will be allowed to attend schools and gain a secondary education. Pakistan, with the rest of the world, is waiting for the promise to be fulfilled, he said.

“So we expect, not only in Afghanistan but across the world, for women to not only be guaranteed these rights but also for these rights to be protected.”