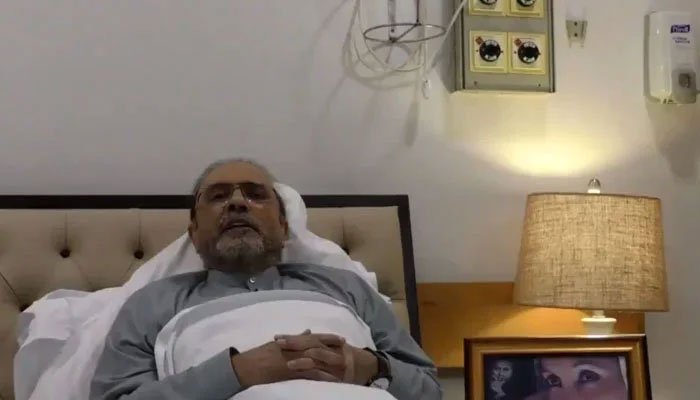 Former president and PPP Co-chairperson Asif Ali Zardari is experiencing some post-Covid health issues, revealed his daughter, Bakhtawar Bhutto-Zardari. She said her father has not been around for flood relief owing to his health condition.

Taking to Twitter late Wednesday, Zardari’s elder daughter disclosed that her father suffers from some health concerns as he has been a COVID-19 patient. She said that water has reappeared in his lungs.

She added that the PPP leader had also undergone a procedure in Karachi to treat the extra water in his lungs.

Issuing updates about her father’s condition, Bakhtawar said her father was not physically able to take part in the flood relief efforts. But, she said the former president has children, who are reaching the flood-hit areas and doing the relief work in his place.

In concluding the tweet, she thanked those who expressed concerns for her father through messages and prayers.

On September 27, Zardari was admitted to a private hospital in Karachi’s Clifton area after his health deteriorated.

A medical team, led by Dr Asim Hussain, examined him and performed the procedure related to the lungs.