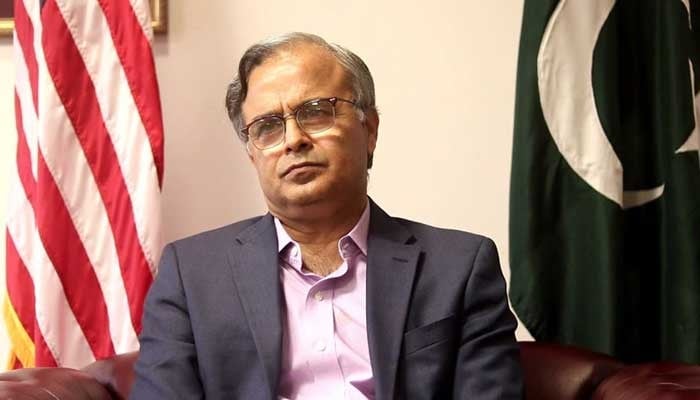 ISLAMABAD: Pakistan’s former ambassador to the United States Asad Majeed Khan had already signed one of the most expensive lobbying deals with another firm to promote Pak-US relations before engaging with Fenton/Arlook LLC, The News reported on Sunday.

However, just four months before this agreement, the former envoy had already signed a deal with Brownstein Hyatt Farber Schreck, LLP to promote ties between Pakistan and United States.

During his tenure as ambassador in Washington, the diplomat had signed one of the most costly contracts. As per the agreement, a copy of which is available with The News, Pakistan Embassy had agreed to pay $100,000 monthly ($1.2 million annually) to Brownstein Hyatt Farber Schreck, LLP.

However, despite having an active lobbying contract with such an expensive firm, the ambassador had signed a new agreement with Fenton/Arlook for the same purpose for $30,000 monthly.

Five months later, in August 2022, Imran Khan’s party engaged Fenton/Arlook LLC to promote the party’s image in the United States. The PTI, on the other hand, agreed to pay the lobbying company $25,000 every month.

As per the contract signed between the Pakistan Embassy in the United States and Brownstein Hyatt Farber Schreck, LLP, “The Firm shall provide general governmental relations services, to include providing policy advice and advocating on behalf of the Embassy before the US Congress, the Executive Branch, and relevant third-party organisations in Washington, DC.

“Upon execution of this agreement, our monthly retainer fee for this matter will be $100,000 inclusive of charges and expenses saved for business-related travel to Pakistan, effective for an initial annual term, at which time this agreement will be re-evaluated. Pakistan will be invoiced for this retainer quarterly in advance and no work will begin until the invoice has been paid,” reads the agreement.

The sources also wondered if the former prime minister was in the loop while signing the deal with the firm. The News sent a questionnaire to Ambassador Asad Majeed Khan but he did not respond to the requests.