Arshad Sharif to be laid to rest today 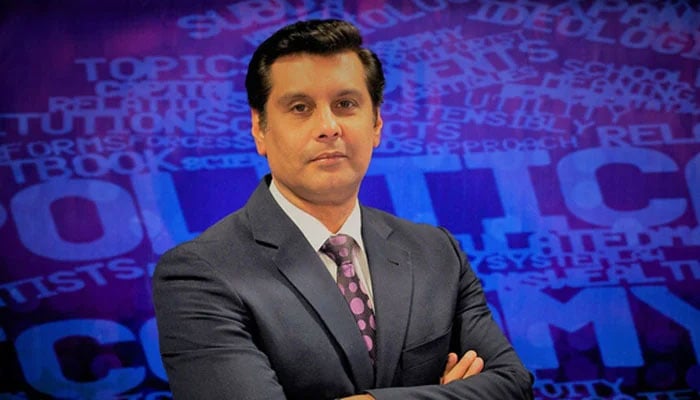 The family announced that his funeral prayers will be offered at the Shah Faisal Mosque Islamabad at 2pm on Thursday. Later, he will be laid to rest at the H-11 cemetery in the federal capital.

Arshad Sharif’s body was flown to Pakistan from Kenya yesterday in the early hours of Wednesday. Members of his family received his body at the Islamabad airport.

In Kenya, the country’s police, in its first report, admitted to killing him. The Kenyan police said that Sharif was shot in the head in a mistaken identity case.

At his family’s request, an eight-member medical board of the PIMS hospital carried out the postmortem on his body at the hospital. An ENT surgeon and an OMFS surgeon were also included in the team of doctors at the family’s request.

The PIMS medical board also conducted an X-ray and CT scan of his body at the hospital.

Sources said that the initial postmortem report is expected to be released today.

Professor Hashim Raza of the PIMS hospital said that forensics of the samples sent to the laboratory may take some days.

No mistaken identity but killed with a plot: Faisal Vawda

Disputing the Kenyan police’s account of Arshad Sharif’s killing under a mistaken identity case, Faisal Vawda said his murder was pre-meditated and the conspiracy was hatched in Pakistan.

The PTI leader said that Arshad’s martyrdom was a pre-conspired murder, not a mere accident. Arshad Sharif was shot down at a close range, he pointed out.

He also said that “conspirators” blackmailed and threatened Arshad to leave Pakistan, so he went to Dubai.

“No matter what anyone says, I know that Arshad Sharif became a victim of target killing,” Khan said.

“I had received information that Sharif would be killed so that truth could be silenced.”

The former premier also claimed that Sharif was receiving threats from unknown numbers.

“I told him to leave the country, but he did not listen,” Khan shared, adding that he considered Sharif the most respected figure in journalism.

The Pakistan Army Tuesday asked the government to conduct a high-level probe into the tragic killing of the journalist.

Director General (DG) Inter-Services Public Relations (ISPR) Lt Gen Babar Iftikhar said, “We have requested the government to hold a high-level investigation so that all these speculations can be put to rest.”

“All the aspects of this terrible incident need to be looked into.”

To a question regarding the accusations being hurled at the institutions’ alleged involvement in Sharif’s killing in Kenya, the DG ISPR said: “It is very unfortunate that people engage in allegations without any evidence to back them up … and I think an exhaustive investigation should be carried out to deal with these things”.

Taking responsibility, the Kenyan police said Sharif was gunned down when police, tracking down a jacked car, opened indiscriminate fire on the journalist’s automobile mistaking it for a stolen vehicle.

A Kenyan police report said that they suspected the car had a minor hostage as it sped through a manned barricade without stopping.