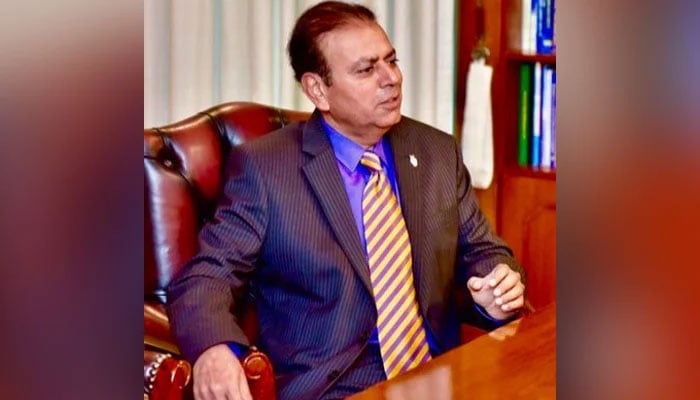 ISLAMABAD: A seemingly heartbroken Ahmed Jawad tendered his resignation on Friday as Prime Minister’s Focal Person for Digital Media citing disappointment that justice was unlikely to be served in the murder case of senior journalist Arshad Sharif.

His resignation comes on the day the PTI launched its long march on the federal capital, demanding early elections amid raging legal battles with the ruling elite, stoking the political turmoil in the country.

“The investigation into Arshad Sharif’s slaying will also end like Liaquat Ali Khan’s and Benazir Bhutto’s assassination cases,” Jawad said in his resignation and added, “Preparation is underway to shroud another truth for burial and commissions are formed here for that matter”.

Jawad said he was quitting politics responding to the voice of his conscience that too before Arshad Sharif’s burial shroud’s started getting soiled.

He also advised Prime Minister Shehbaz Sharif that being a good man the premier should salvage his afterlife by not becoming a part of that sin [of covering up the truth behind the journalist’s murder. “You (PM) will be answerable for your deeds, as a ruler, on the day of judgement.”

“I joined PTI when it was a ‘Tanga Party’ (novice) and left it when it was in power and the same is the case of his coming on PML-N’s board and  quitting it [today],” said Jawad in a Twitter post in which he shared the text of his resignation.

“My best service to politics is the introduction of new principles,” Jawad said in the same tweet.

He also announced his retirement from politics.

Jawad entreated the nation to stand by the truth and separate the lies from the truth. “It’s  time that youth listened to the voice of their conscience.”

“Neither the US, nor China, nor IMF, nor army, nor lies, nor your (PM) 24/7 hard work can save the country but the truth,” the former aide to Prime Minister said.

“This country needs real independence. Senventy-five years on since the independence and we are still slaves. And nobody respects slaves. There’s no point is worshipping rising suns as they all set soon.”

He added that Arshad Sharif should be treated as a ‘final reminder’ for the country.